[In part, this post is motivated by this article I read recently.  It's about how we should not exaggerate and embellish in a world that is always about being better and bigger.  To not put too fine a point on it, I was convicted.]

Almost two weeks ago now we participated in and helped sponsor an event called "The Veritas Forum" (you can see many examples here).  The event was called "Religious Texts and Social Conflicts: Challenging Interpretations in a Changing World". 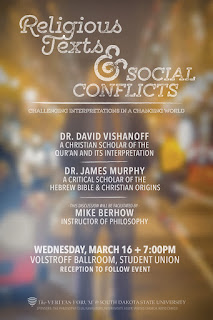 The original title something like "Dangerous Scriptures:  How to read controversial passages in the Bible and Quran" (it was more provocative...).  The idea of the event was to have two scholars discuss various "difficult" aspects of both the Bible and the Quran, with special emphasis on violence and gender and slavery (yes, all three...).  Overall, I felt good about the event beforehand for various reasons, although I had had some significant hesitations and concerns during the process.
Unfortunately, the event did not pan out the way we had hoped or planned.  I've describe it in various ways, but one helpful way is that it was a "lost opportunity".  In a nutshell, there really wasn't hardly any actual discussion between the two speakers, the main topic of violence was hardly addressed, half the event was introduction (leaving little time for actual content), and the non-christian presenter made some claims and accusations about God that were not truly responded to or addressed by the christian panelist (including a bizarre explanation of Ezekiel 16, essentially accusing God of being incestual and that God's daughter/bride was given over to be gang raped). The christian presenter did not respond to any of this unfortunately, and the nearly 300 people present left with the impression that this is what Ezekiel 16 is about (which, if you read Ezekiel 16, is quite clearly not the case).
The event was a lost opportunity, but it was also quite possibly misleading to many young believers in the crowd who don't have the resources or categories to process some of the things said.  So, please pray that God would work great things even out of unfortunate circumstances, as we know he can, and does, do. 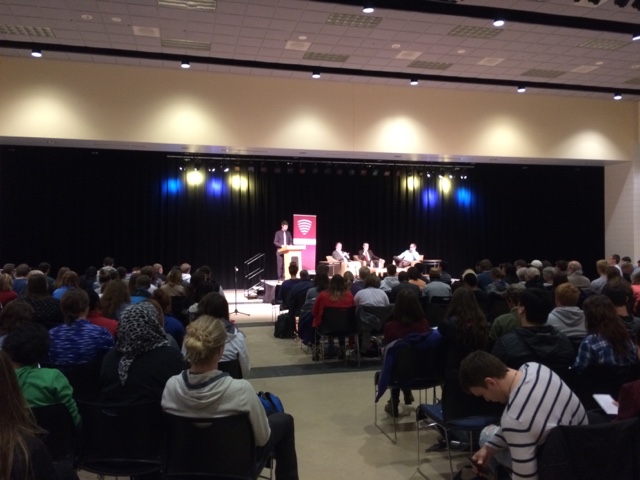 Speaking of God working, here is one example of something He already granted as a result of the event.  The following Wednesday (23rd) we addressed the Ezekiel 16 debacle at our large group.  Brandon basically facilitated a glorified Bible study, with added guidance and teaching from the front.  It went super well! Four small groups read significant passages of Ez 16, and then responded to about 7 different questions relating to it and to the claims made about it during the event.  Lots of good discussion happened, and the gospel was made quite clear during the process (read Ez 16 for yourself and see if you don't see the gospel...it's there!).  We had at least a small handful (2-3) students come just to engage with that (I texted our entire 800+ list about it).  So, we were thankful for the opportunity in this way. 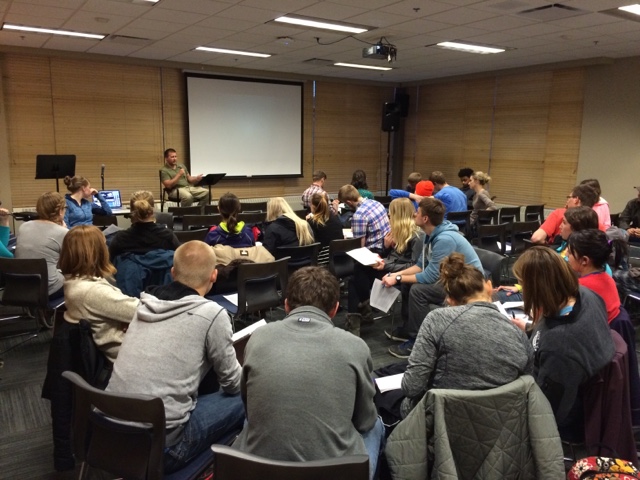 Please pray for us for next year, when the time comes to discuss whether we want to try and do another Veritas Forum.  Even though I would never repeat what happened at this past one, the Veritas Forum has arranged dozens of really good debates and events in the past couple decades now.  They have a good track record, and we are most certainly interested in addressing important issues that attract large numbers of students.  The Forum was certainly well attended, and so there is great possibility.  Please pray for wisdom for us in this way.
Posted by Lukecp at 8:43 AM No comments:

I'm taller than you 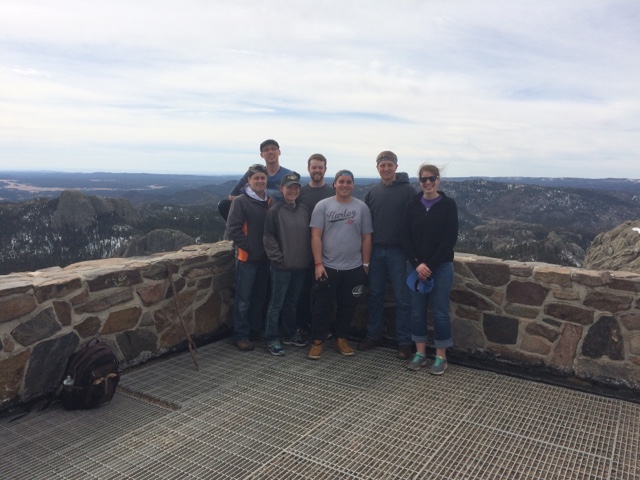 Do you know how tall Harney Peak is in South Dakota?
Neither do I, but it's really tall.

Posted by Lukecp at 8:41 AM No comments: 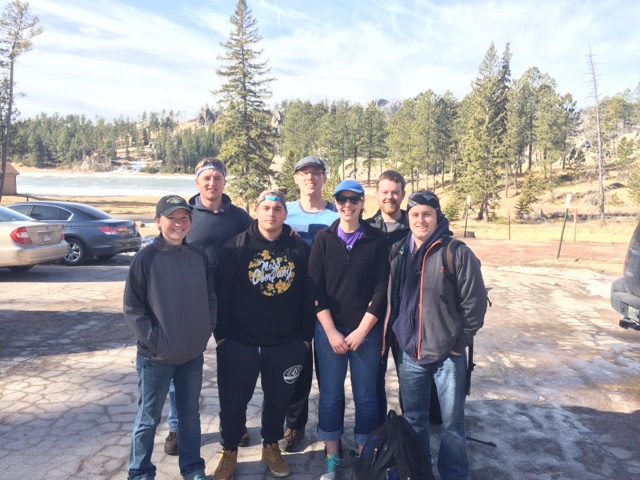 Yesterday marked the start of our spring break trip out in the Black Hills. We have about 13 of us plus the scattering of children. We are currently hiking a party peek and excited to have a incredible view of God's great creation.
Posted by Lukecp at 9:18 AM No comments: